The man who changed diver safety

MOST DIVERS KNOW PETER BRIAN BENNETT, PHD, DSC, AS THE FOUNDER OF DIVERS ALERT NETWORK, through which he brought significant changes in how we understand and enact dive safety. He became the international force for recreational dive safety and provided major support for research in recreational diving. Dive physicians today continue to reference the book Physiology and Medicine of Diving, which Bennett co-edited with the late David Elliott, PhD.

Bennett earned his bachelor’s degree in chemistry and biology from the University of London in 1951. While working for the Royal Navy Physiological Laboratory, he completed a doctorate in physiology and biochemistry at the University of Southampton in 1964. He moved to the U.S. in 1972 to be a professor of anesthesiology at Duke University Medical Center, where he eventually became the senior director of the F.G. Hall Laboratory for Environmental Research, Duke’s hyperbaric chamber facility.

Few researchers have furthered the understanding of the human body under pressure as profoundly as Bennett did in his lifetime. After his death on Aug. 9, 2022, Alert Diver asked some of his former colleagues to share their memories of the man who changed the world’s view on diver safety.

Richard Moon, MD, a professor of anesthesiology at Duke University, remembers starting his career in hyperbaric medicine under Bennett’s mentorship.

“I first met Peter Bennett in 1973, when I visited Duke to learn about opportunities in undersea medicine. I felt as if I already knew him, having read his textbook. When I met him in person, Bennett was working on HPNS mechanisms, which manifested as tremors, unsteadiness, and what became known as ‘microsleep’ — falling into a slumber when not specifically engaged. Bennett was gracious, interesting, and very encouraging.

“In 1979 I decided to come to Duke as a pulmonary fellow, hoping to join a research team working on underwater physiology. By that time Bennett was the F.G. Hall Laboratory director. He and his collaborators had obtained funding from the National Institutes of Health to explore human physiology during deep diving. The plan was to do a series of experimental dives at Duke with a maximum depth of 2,000 feet of seawater (fsw) or more — they ultimately attained a record-breaking 2,250 fsw.

“Bennett led the formation of a team of investigators, all working on deep diving’s physiological effects. His contribution to the science was developing a method of reducing HPNS by introducing a narcotic gas (5 to 10 percent nitrogen) into the helium-oxygen atmosphere. This method led to significantly improved performance, as did much of his life’s work.

“With diver performance enhanced, John Salzano, PhD, and Enrico Camporesi, MD, trained the divers to insert arterial catheters and perform blood gas analysis during exercise under these extreme conditions. I had the honor of working with them and Bret Stolp, MD, PhD, during those investigations.

“Bennett’s skills as a leader and mentor and the ease with which he dealt with people provided the basis for his exceptional accomplishments. He was always highly encouraging of junior investigators around the world and was a great friend and supporter.”

Alessandro Marroni, MD, president of DAN Europe and founding member of International DAN, was a colleague and friend of Bennett’s for many years.

“I first met Peter Bennett in person in 1976 in Aberdeen, Scotland, at the Human Factor in North Sea Operational Diving symposium. He presented his deep-diving studies, which were already very extensive, and his work was widely known even before the 1981 record dive at Duke. At that time, I was the medical director of dive activities of the Italian National Oil Company. I was responsible for the saturation diving operations at Forties Oil Field in the North Sea. It was natural for me to approach Bennett and ask for his advice about the safety and efficiency of such operations.

“I had just started an organization in Italy called International Diving Assistance to help recreational divers during emergencies when I heard of Bennett starting DAN in the U.S. as the Diving Accident Network. I wrote to Bennett to ask about his interest in international cooperation. It took a couple of years and several exchanges by airmail and fax, but he was in favor of the idea and generously agreed for us and two other diver help lines in Japan and Australia to also use the DAN name. That was the start of what became International DAN, and DAN Southern Africa soon joined DAN Asia-Pacific, DAN Japan, and DAN Europe. I remember drafting the International DAN charter at the bar of the Washington Duke Inn with Chris Wachholz and Bennett’s oversight like it was yesterday.

“My collaboration with Bennett soon expanded to joint research projects about dive safety and medicine. For many years afterward until he retired, there was hardly a week when we did not exchange an email or talk on the phone. Our correspondence continued, although at a slower pace, after his retirement.

“His scientific stature is undisputed, and we will always remember him as a giant in underwater physiology, medicine, and dive safety. The way I most like to remember him, aside from his undoubted reputation, is for his human qualities, integrity, generous sharing of his vision, and relentless passion for pursuing it.”

“For many years Peter was the brains behind a large saturation diving project in Geesthacht, Germany, which I was fortunate to witness firsthand. He took divers who were doing welding work to nearly 2,000 feet on trimix in the German Underwater Simulator (GUSI) and brought them back without HPNS by decompressing them over several weeks.

“We always invited Bennett to teach during our annual course for German Navy dive medical officers. We even aligned that course with the experiments in Geesthacht to ensure we would have Bennett as faculty to talk about saturation diving. In one of these courses in the early 1980s, I remember him talking about the Divers Accident Network that he had just founded. We were enthusiastic about his ideas to optimize international dive accident management and networking, especially since the military (not only in Germany) had been forced to partially withdraw from assisting recreational divers. All of us were happy to support this dive safety network in its early stages.

“In many ways, the feasibility workshop for an international DAN — which brought worldwide delegates to Durham, North Carolina, in 1989 — was the foundation for today’s understanding of dive safety.”

“Before DAN, instructors in the field had to develop a complex emergency assistance plan for managing dive emergencies, which sometimes included developing a relationship with a local hyperbaric chamber. When DAN started, everyone in recreational diving had a way to contact a knowledgeable dive medical professional who could provide critical emergency assistance when divers needed help the most.

“In the early years, DAN reached out to the recreational diving community to identify who was influential in different regions. These individuals became DAN volunteer alert instructors or volunteer associate coordinators. Bennett invited me to take on both roles to actively support and promote DAN in my part of the country, and I would eventually be DAN’s first training coordinator.

“I remember a quote that stuck in my head and speaks to the kind of person Bennett was: ‘I hire the right people for the right role and let them do their jobs. If you put me in a position where I have to tell you what to do, I’ve obviously made the wrong choice. So just do your job, and we’ll both be happy!’

“During the 23 years that I worked at DAN, Bennett’s mentorship and encouragement helped me grow beyond the role of training coordinator to assume greater responsibilities, and I adopted his management philosophy. He had the unique ability to identify and use the inherent skills of each person who worked for DAN while energizing them to do their best for the members and dive community we served.

“He was undoubtedly a tough taskmaster, with strong beliefs and even stronger convictions. His eyes were firmly fixed on the greater good regardless of what others thought. As a result, all of us at DAN never lost sight of the fact that if we did not do our best, there could be dire consequences for our members and divers in the field.”

Renée Duncan, communications coordinator for the Undersea and Hyperbaric Medical Society (UHMS), worked with Bennett at DAN and later at UHMS.

“My introduction to Peter Bennett was when I worked at Underwater USA in the late 1980s and early 1990s, and he received the first Prince Tomohito of Mikasa International Marine Award for his contributions to diving and hyperbaric medicine. This recognition came from his esteemed colleague in Japan, Yoshihiro Mano, MD, PhD. From this initial gesture, a great friendship that continues today grew between the dive and hyperbaric medical associations of the U.S. and Japan.

“In 1993 Bennett hired me to work in his communications department at DAN. Our numbers — both member and employee counts — swelled over the 15 years I was there. I recall a rigorous interview process with the home office staff and then with Bennett at the Duke hyperbaric chamber.

“That job was the start of busy, challenging, and happy years at DAN under Bennett’s tutelage, and I recall my time there as some of the most influential days in my professional life. I later left DAN to take care of family matters, and when I was ready to resume work, I applied to UHMS. Bennett had taken charge there, and I once again stepped into the orbit of this great scientist and entrepreneur. I’ve never looked back.”

“Peter Bennett was a remarkable man in every way. He described himself as ‘affably belligerent.’ While it is certainly true that he did not suffer fools, he nurtured and defended his friends, colleagues, and staff with equal vigor. Apart from our professional ties, Peter was always a dear, loyal, and supportive friend. He once described me as a ‘catalyst’ — a sobriquet I treasure to this day.

“Peter richly deserves recognition for the many selfless investments he has made to our scientific discipline, in establishing and leading several organizations (particularly DAN and UHMS), and for his influence on countless lives and careers.” 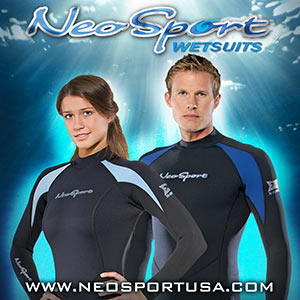