Most decorator crabs belong to one of eight families in the superfamily Majoidea, commonly referred to as spider crabs. About 75 percent of the group’s more than 1,100 global species mask their presence by wearing disguises made from living organisms scissored from the landscape. They commonly hijack seaweeds, sponges, tunicates, bryozoans and hydroids. The crabs manipulate the purloined pieces of attire with their mouths before attaching them to one of the many fishhook-shaped bristles arranged in rows on the carapace, rostrum, walking legs and claw arms, depending on the species. 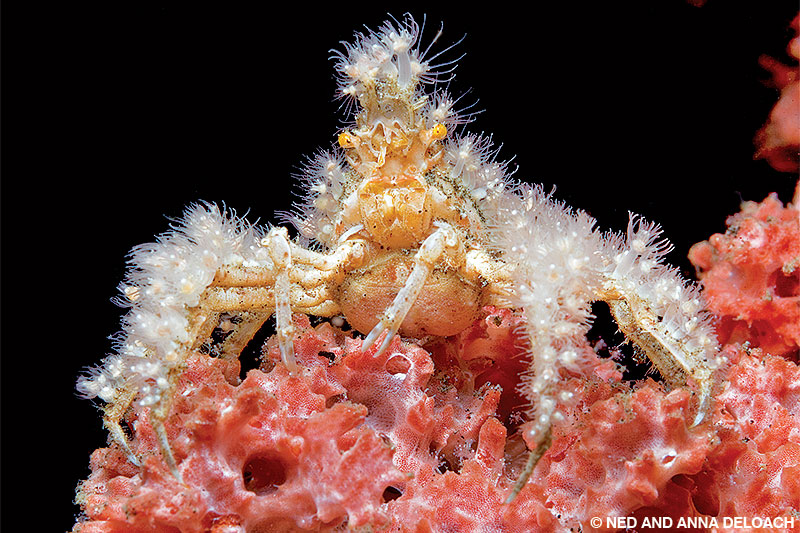 Interactions between different species, whether above or below water, typically revolve around confrontations between predators and prey. At the opposite and more harmonious end of the spectrum, a scattering of unrelated species coevolved to form lifelong alliances for their mutual security. These relatively rare go-along-to-get-along partnerships provide a net benefit for both parties, improving each species’ reproductive success. The close living arrangement between weak-eyed alpheid snapping shrimp and sharp-eyed partner gobies is a classic example of symbiosis in the sea. 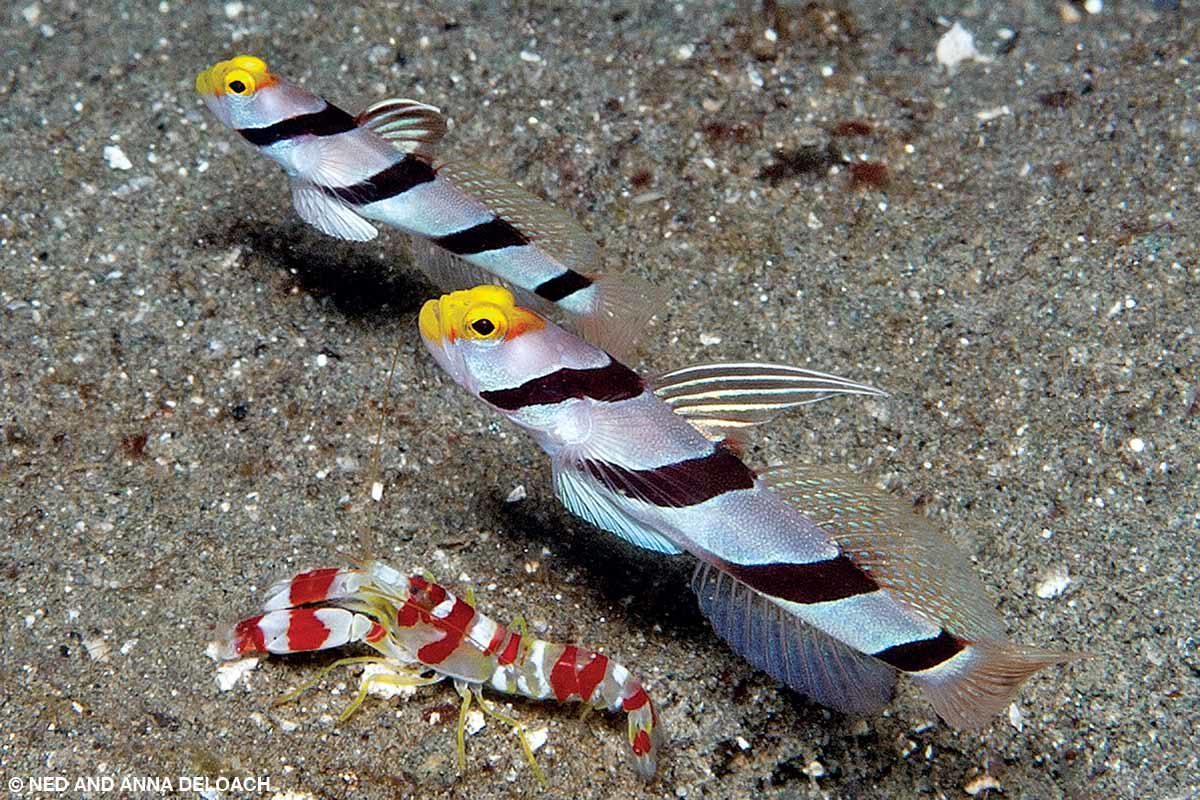 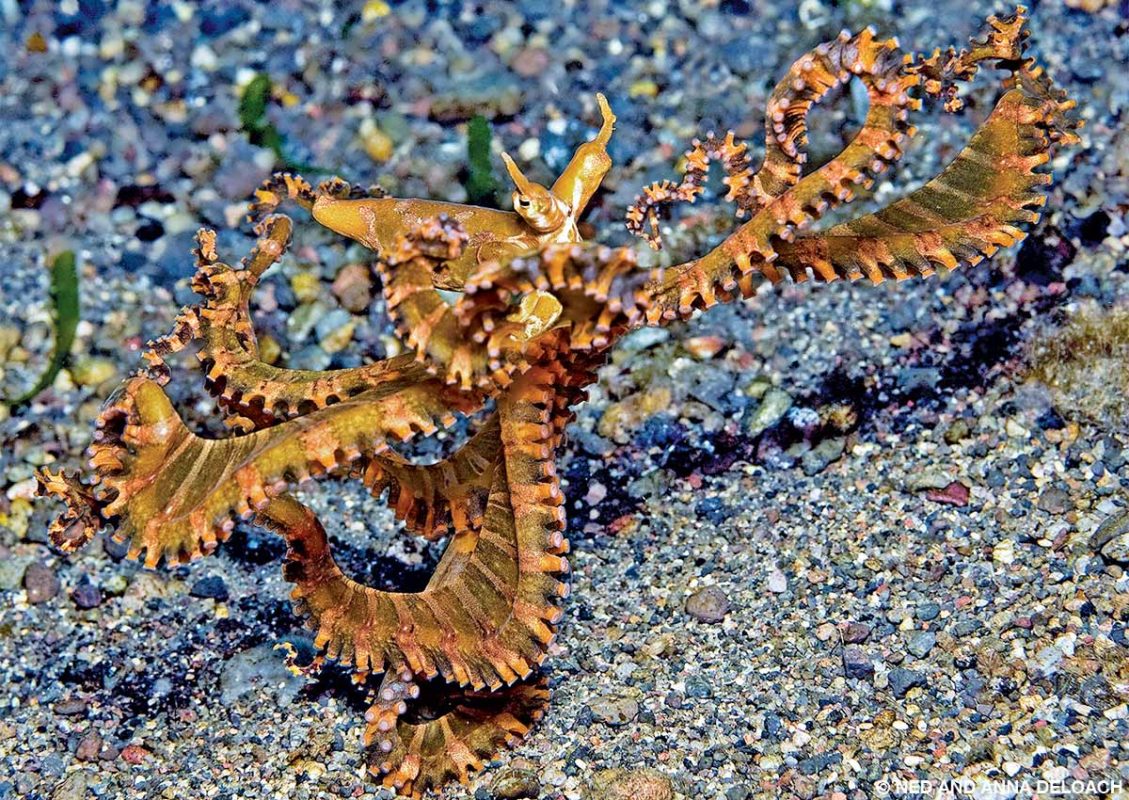 I DON’T EXPECT TO SEE ANIMALS much larger than my thumbnail while I’m drifting on a night dive in the ocean. So I’m surprised when a translucent skirt of tentacles half the length of my arm breezes past. This creature is a behemoth in a sea of Lilliputians, so I kick hard to catch up […] 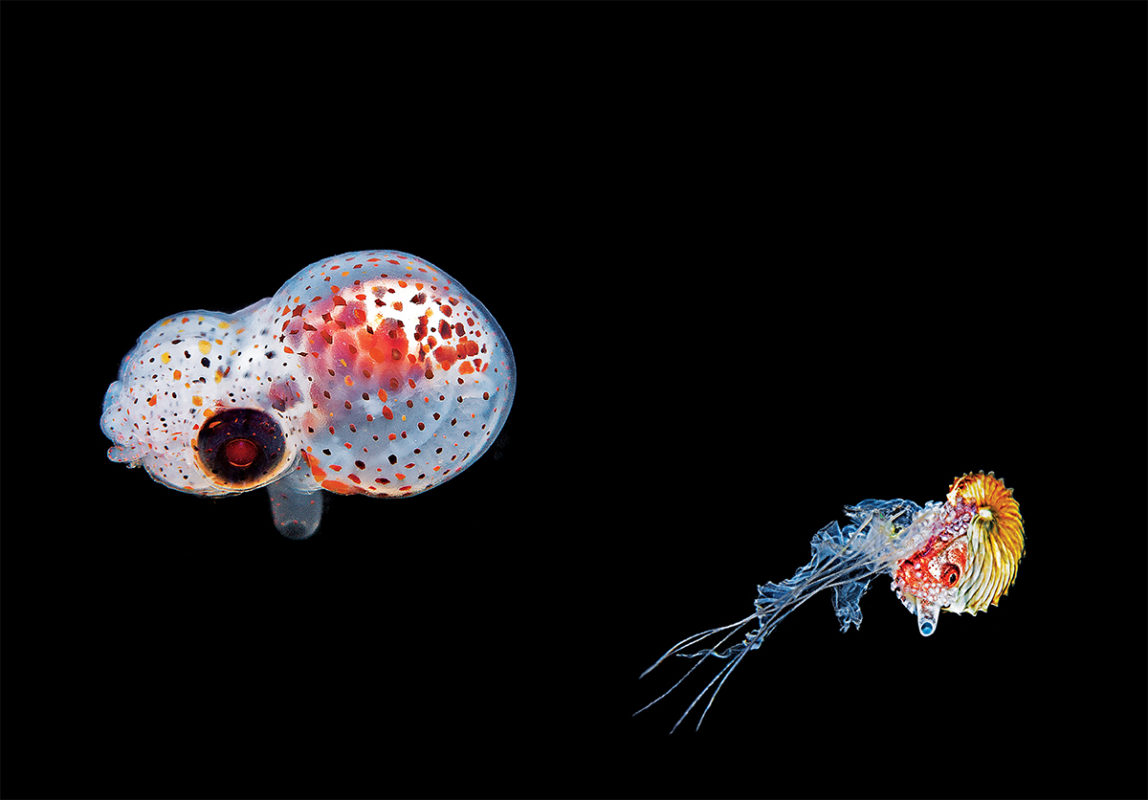 OF ALL THE FISHES IN THE SEA THAT ANNA ADORES, blennies perch high atop her favorites list. Her fascination with the tribe of typically small, hole-inhabiting bottom-dwellers … 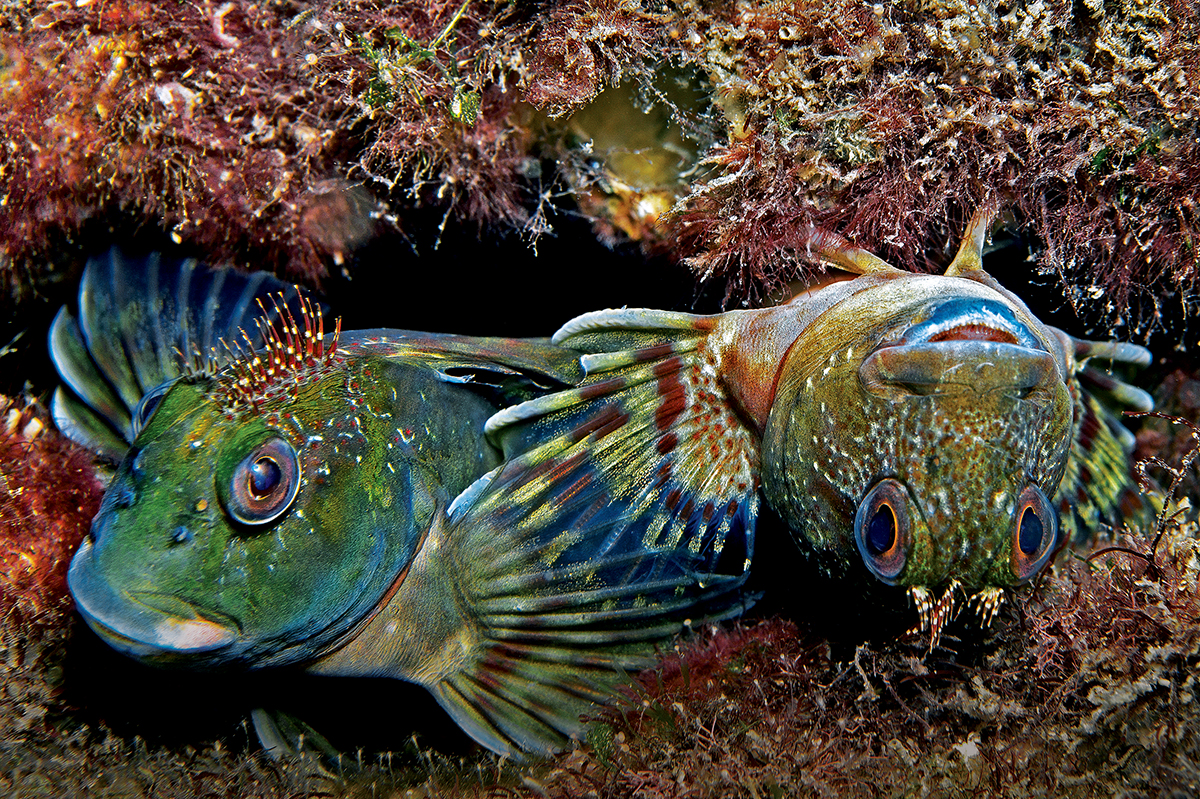 IT HAD BEEN A BUSY WEEK for the fish surveyors aboard the Avalon ll, and things were just beginning to wind down. The Reef Environmental Education Foundation (REEF) team of 16 volunteer research divers had recorded population estimates for 246 fish species on 26 reef, seagrass, mangrove, and ironshore sites within the benevolent boundaries of […] 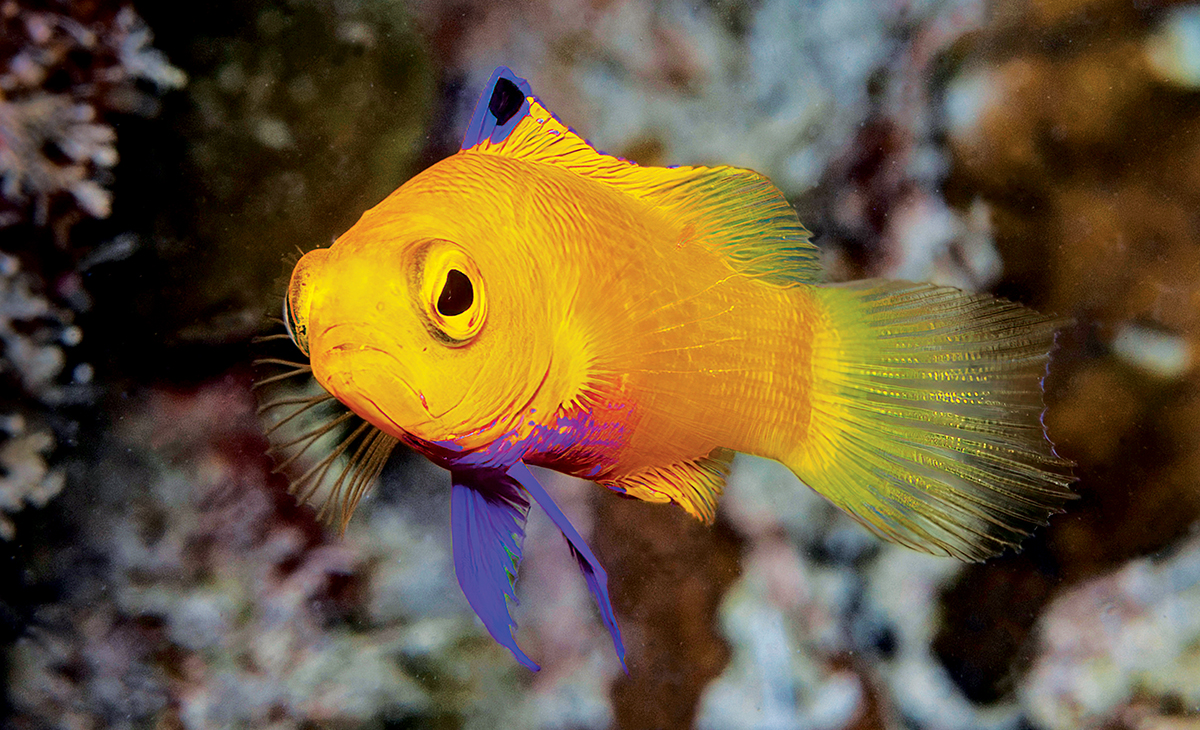 TO FIND THE FIRST DESCRIPTION OF A LARVAL PEARLFISH in the wild, I had to search back to the early 1980s annals of blackwater diving and Christopher Newbert’s account of drifting 40 feet down a lighted downline tethered to a dinghy bobbing on a night sea somewhere off the Kona, Hawaiʻi, coast. The story appeared […]