In Fall 2013, my wife, Liv, and I were supervising 16 new divers who were experiencing low visibility for the first time. Our training site had a maximum depth of 20 feet (6 meters) and protection from the currents that render many urban waterways challenging to shore divers. Two experienced rescue divers with excellent buoyancy […] 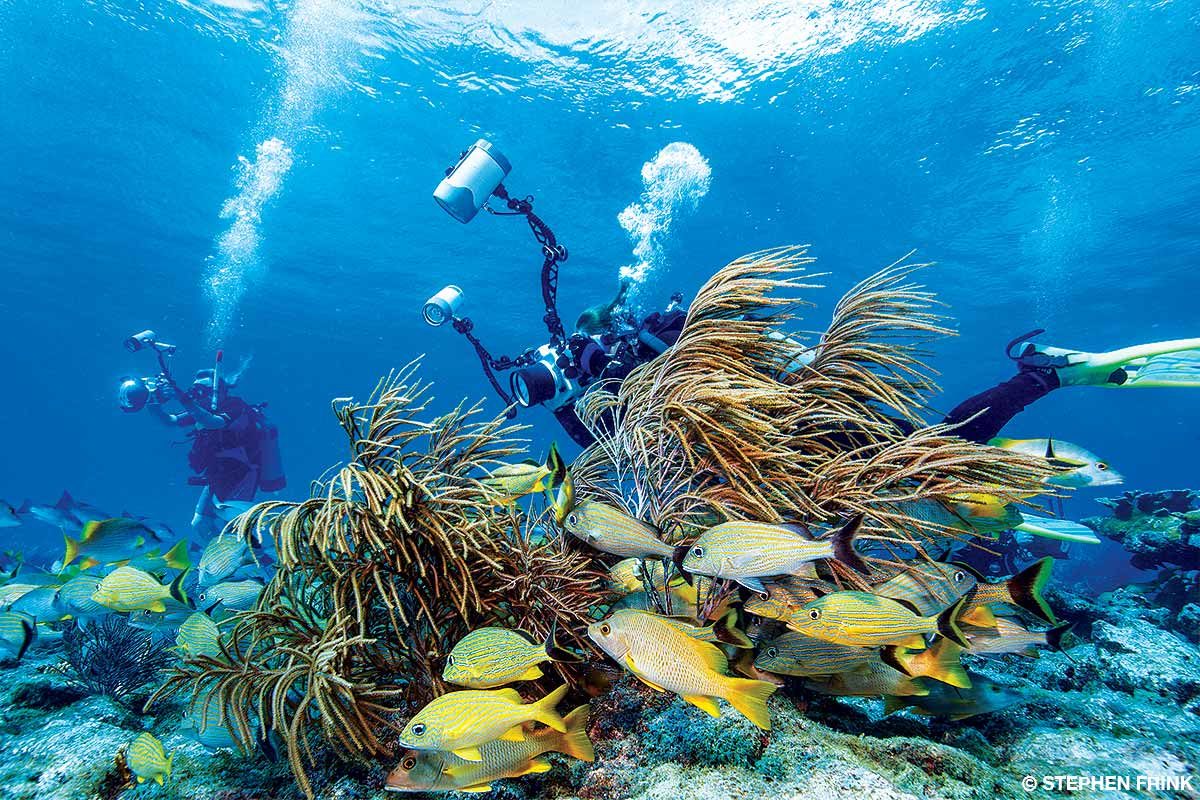 This Summer, dive and snorkelling gear manufacturer Oceanic is inviting its customers to “Set Their Dive Free.” Dubbed the Predator line, the company is releasing a free dive-specific fin, mask, snorkel and mesh carry bag to support this growing segment within the watersport market. 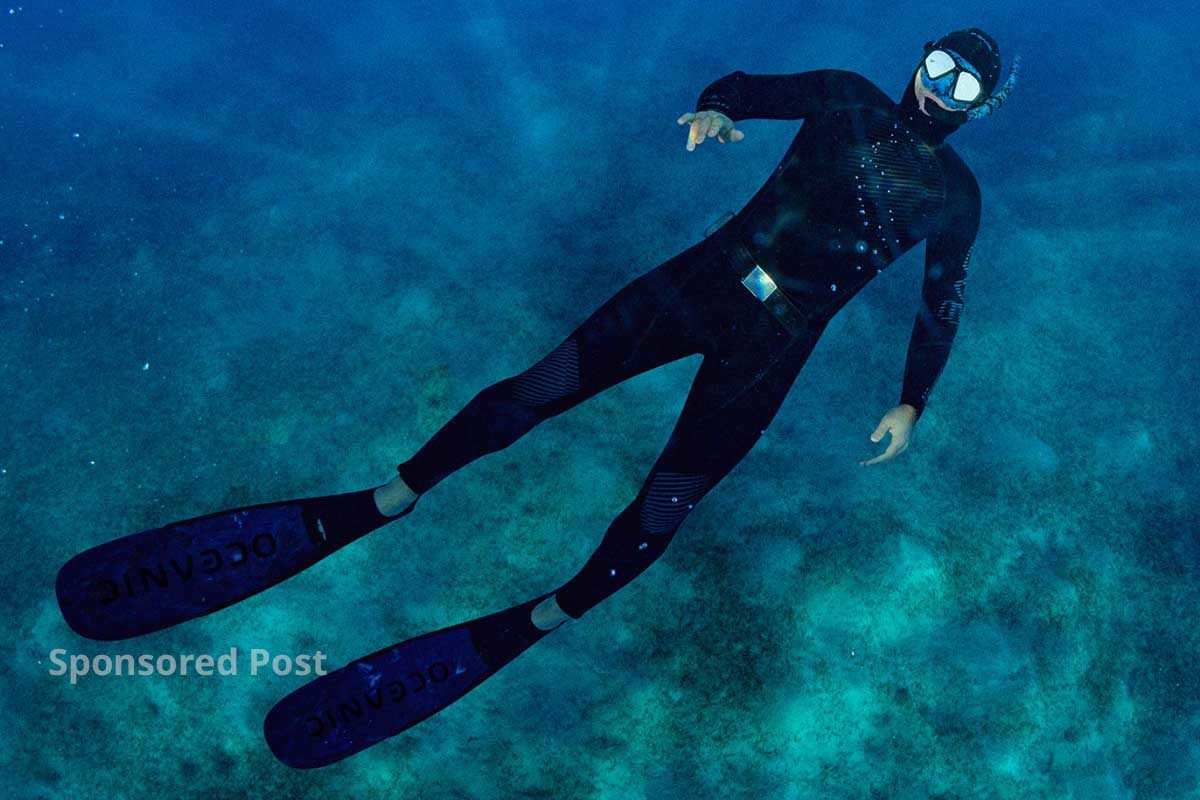 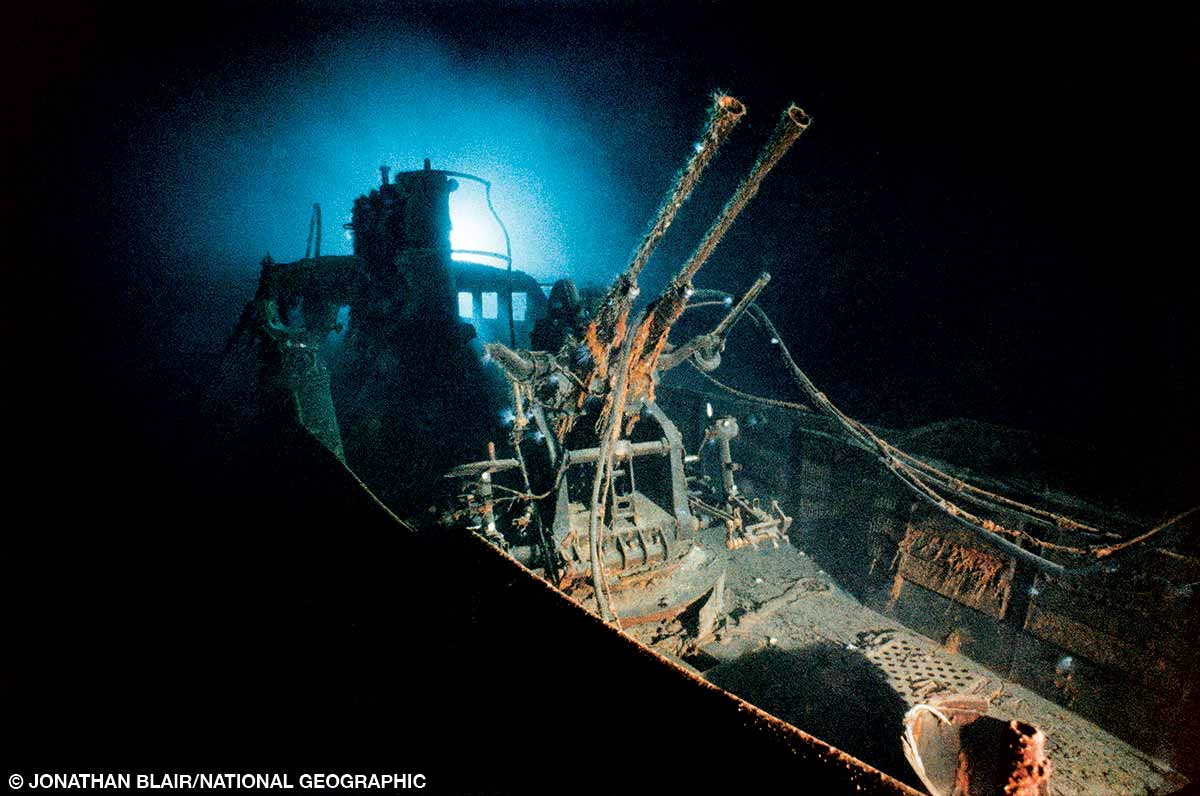 At the Maritime Aquarium in Norwalk, Connecticut, nudibranchs have become storytellers for an issue facing our oceans that is difficult to understand yet imperative to know about: global climate change. The aquarium has taken a unique approach to educate the public on this global threat. Their new exhibit, A Slug’s Life: Facing the Climate Endgame, showcases the adored mollusk and runs through Sept. 6, 2021. The exhibit’s specific intent is to help guests understand the warnings that changing slug populations provide about the health of their habitats. 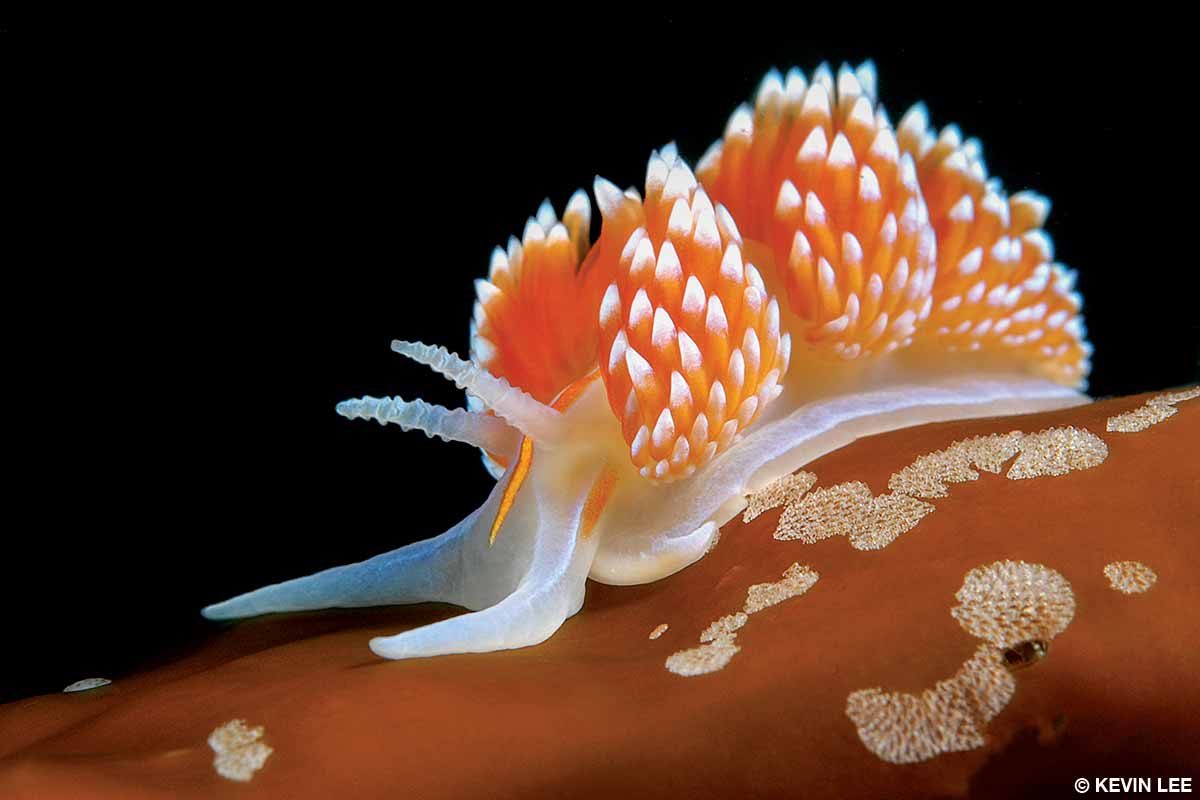 Michael Aw’s early life while growing up in Singapore — he didn’t see the ocean until age 17 — gave few clues that he would one day become one of the most influential print journalists in destination diving and ocean conservation. The author of or major contributor to 43 books, Aw created Ocean Geographic magazine in 2007 and also leads expeditions, often to exotic regions. He now hopes to raise awareness of the folly of shark-finning and the overexploitation of our marine resources. 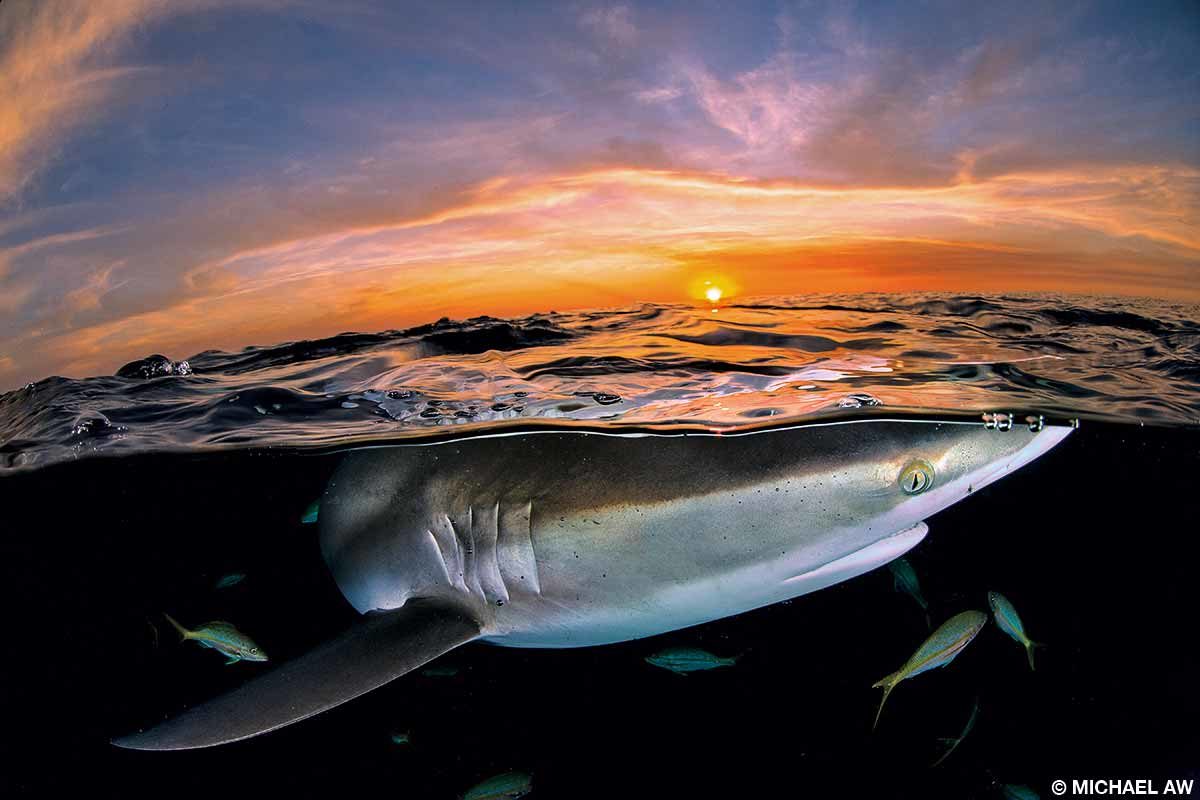 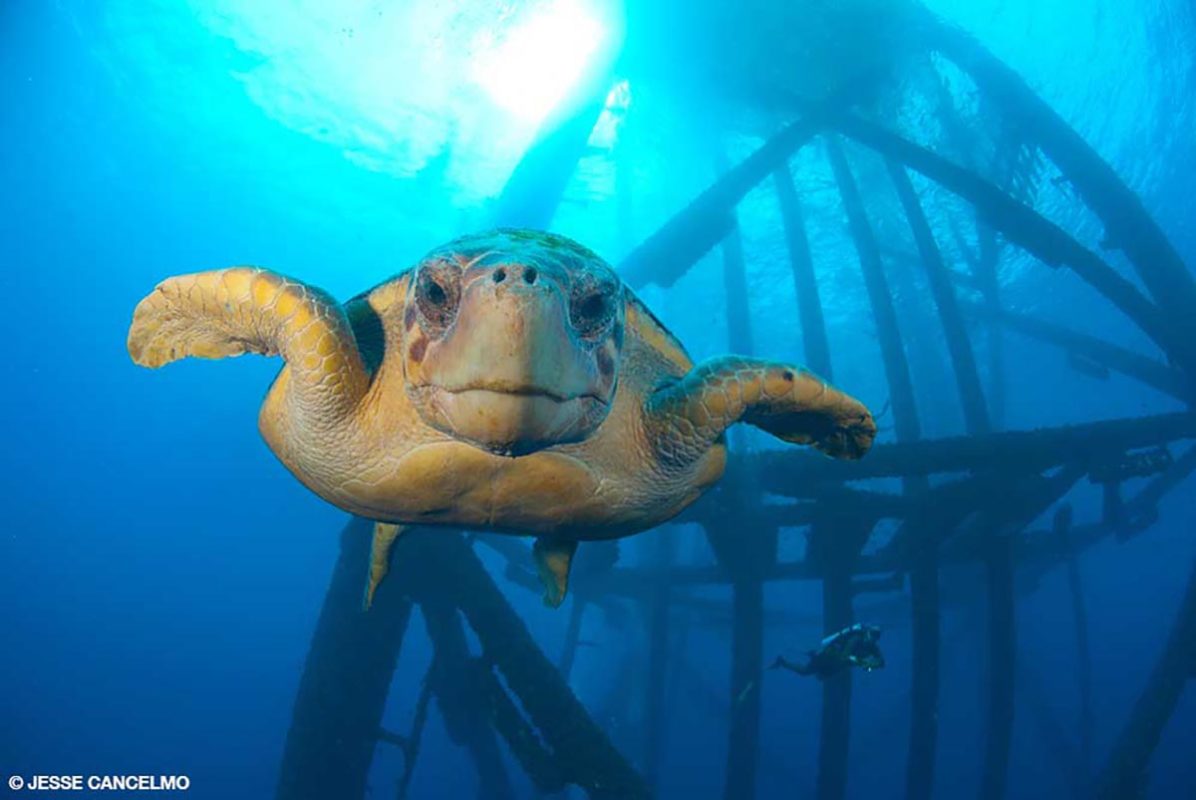 Our checkout dive was easy, with a maximum depth of 75 feet for 50 minutes. The current was slight, and the visibility was spectacular — an ideal first dive. It closed with a nice, slow ascent and a three-minute safety stop. When we returned to the boat, I felt a sudden tingling in my right foot followed by a dull ache in my knee. I assumed the worst, thinking I had decompression sickness (DCS). When I reviewed the dive in my mind, however, that seemed impossible. 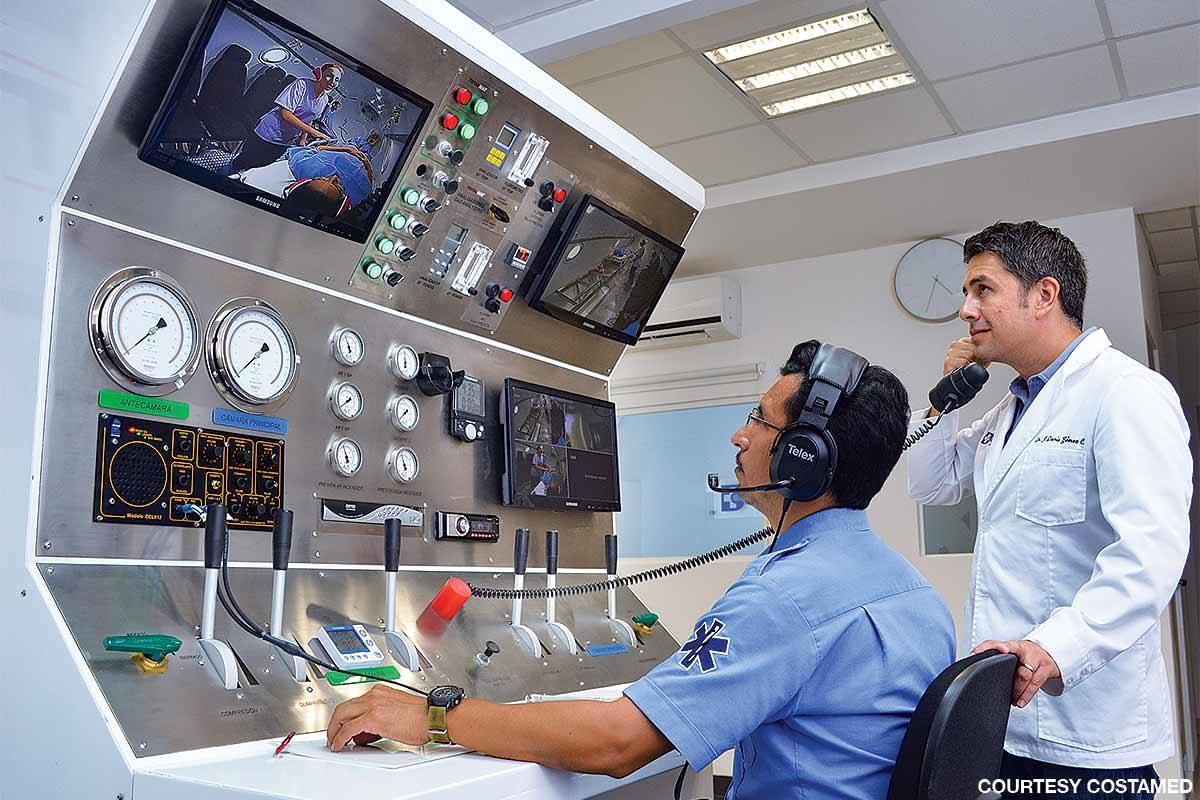 Dive legend Tec Clark has built a memorable career and legacy around training excellent divers. He describes his underwater experiences as “absolutely worshipful” and “otherworldly.” It’s the place where he feels closer to God than anywhere else on Earth. Helping others safely and professionally experience this same life-changing magic is his focus. Clark summed up the philosophy behind all his advice to new dive professionals: “Great training is the key to great diving. Don’t cut corners. Offer excellent training. Go beyond the standard.” 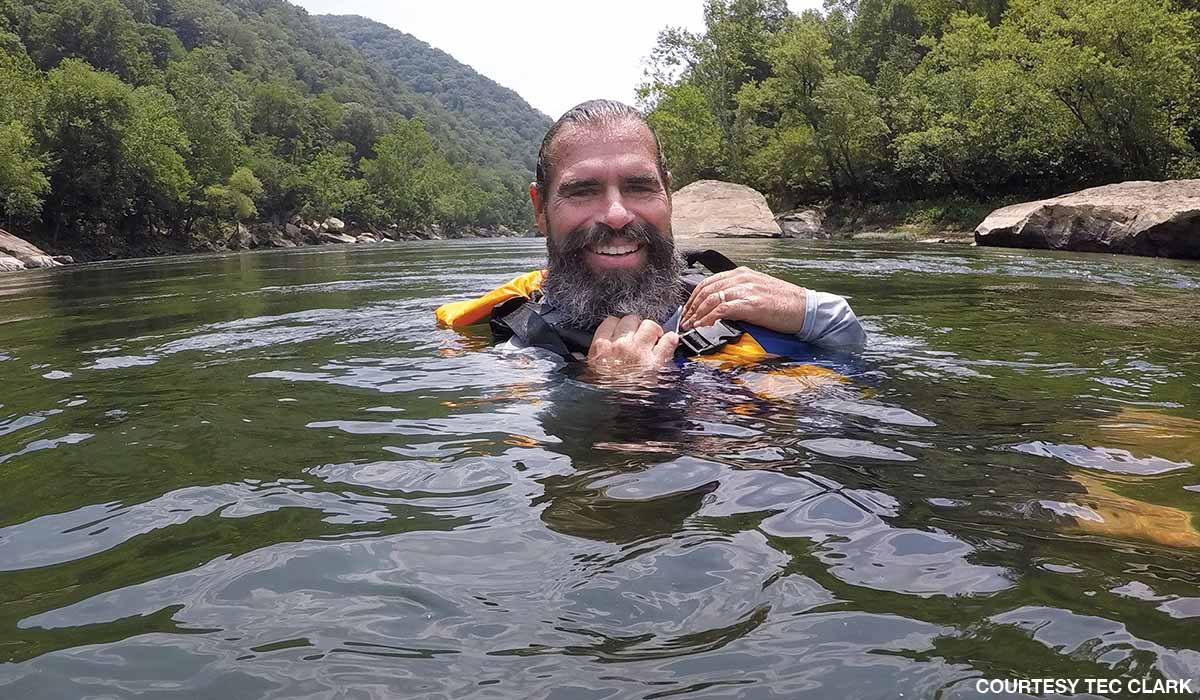 Turbid water can be a challenging environment for underwater photographers, particularly when shooting wide angle. Turbid water may not appear brown or green from the surface — in many cases the water looks entirely different once we drop in and begin the dive. All water is turbid to some degree. Understanding what causes turbidity and knowing how to work around it can make a world of difference when shooting in those conditions. One of the best skills a photographer can develop, particularly for shooting wide angle, is learning how to read water quality. 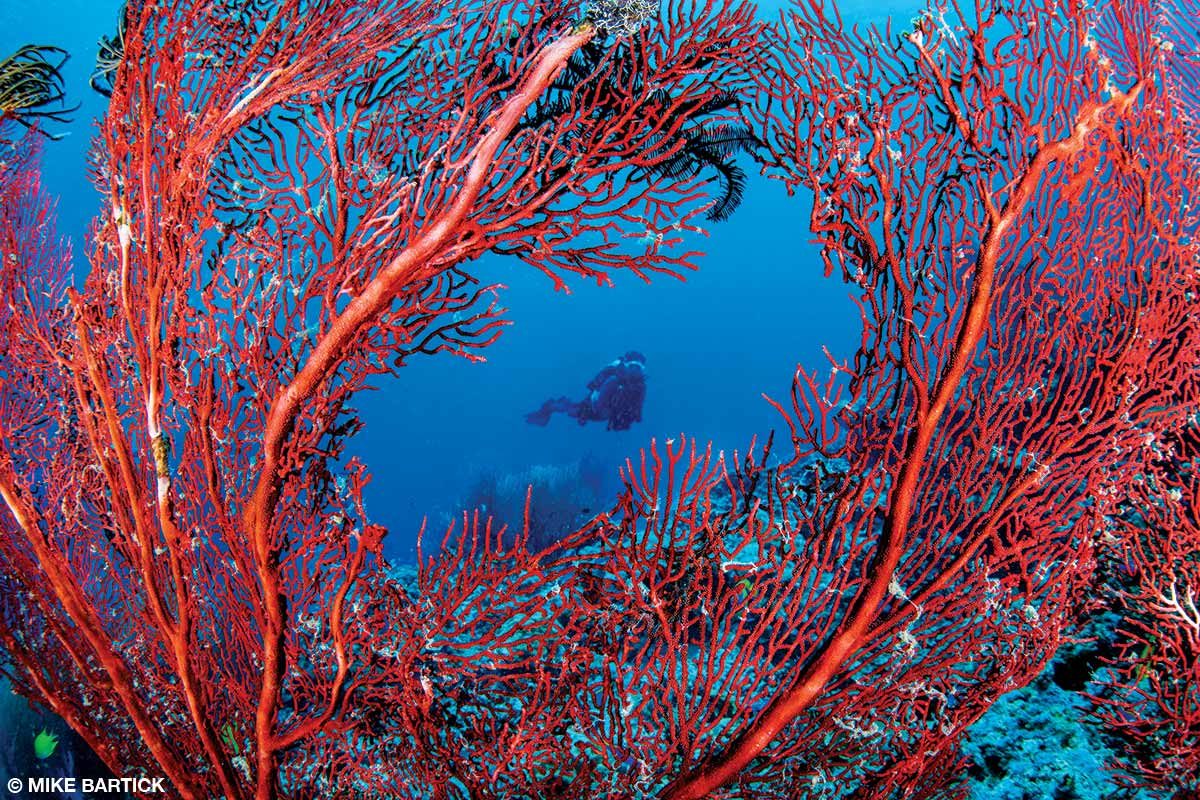 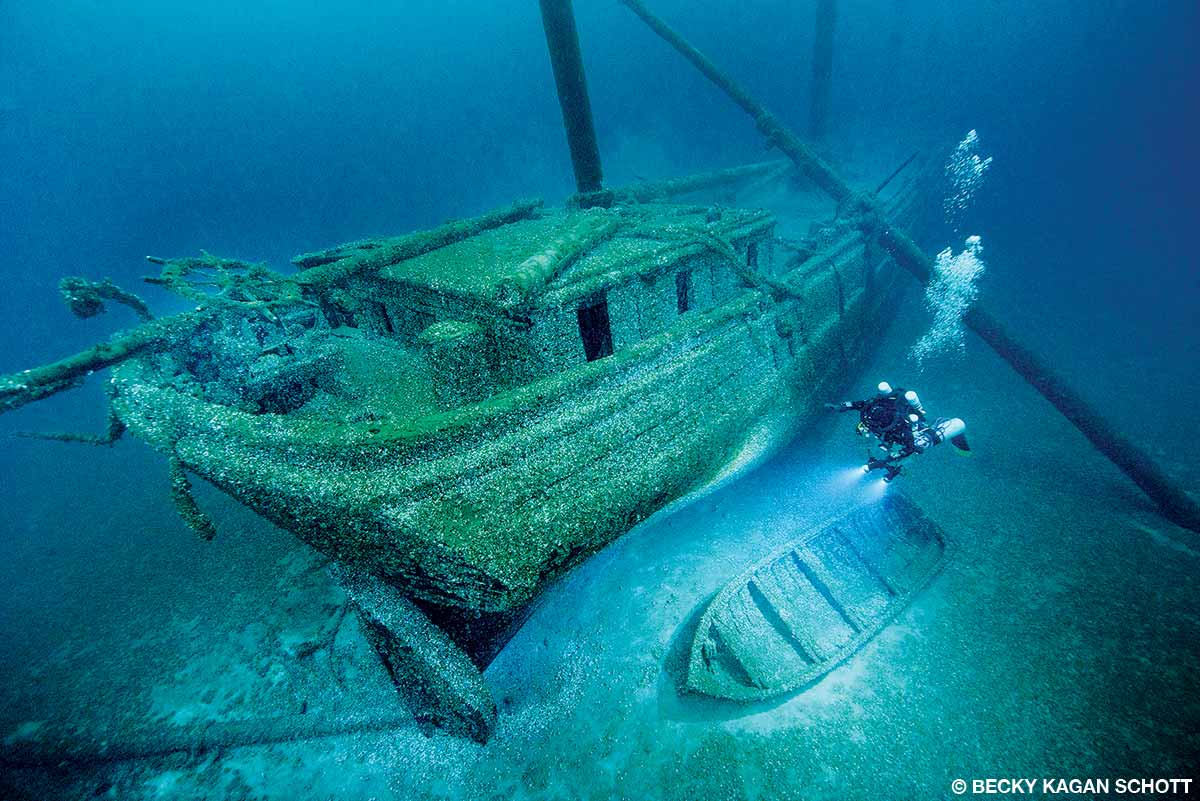